There was only one way to get over the shock of defeat.

Scotland had unexpectedly lost to Costa Rica in their opening match of the 1990 World Cup in Italy. My friends and I were in the full bloom of late primary school football obsession. In our 10-year-old minds, it was up to us to fix it. We took on the roles of our heroes in blue during an exhausting game of ‘one goal and through’ in the local park. Chris was Mo Johnston, Paul was Ally McCoist, and I, as always, was the goalkeeper Jim Leighton. We played until the pain of watching Scotland lose had receded and before the midgies nibbled us off the park.

Running out into the park to play football with my friends isn’t really an option for me now. Instead, I’ve found the best remedy for a heartbroken football is an hour spent reading a book, or writing one. Perhaps if I’d been as keen a reader back in 1990 as I am now, I might have done just that (after a game of football in the park, of course).

With Scotland’s men’s and women’s team emerging, chest puffed, from the long tunnel of world football obscurity, I am so excited for a new generation of children discovering the intoxicating joy of watching their country take part in a major tournament. It’s led me to think about how can we futureproof Scotland’s new-found success on the field, and I think I have the answer: it’s books and reading.

That’s right, by inspiring Scotland’s children to read more lines on the page, we can help them to excel between the white lines of the pitch.

If you have a reluctant young reader in your life who dreams of a future under the floodlights, here are five ways to show them how they can improve their football skills with books.

1. Reading is fitness work for the brain

So much of football training focuses on the heart and lungs, but mental fitness cannot and should not be overlooked. The brain is the most complex organ in the human body and reading is proven to actively increase its power. If young players want to truly give themselves the best chance of playing for Scotland when they grow up, they must pay attention to all parts of their body – mind included. Get them to think of reading as a brain fitness session. As the late, great Johann Cruyff said: “You play football with your head, and your legs are just there to help you.”

Playing in an 11-a-side football match is an intense experience. Problem solving while 19 outfield players swirl and shout around you is hard. Books are proven to train your brain to think faster, harder and smarter. They will help one spot patterns where others see chaos. Through reading, young players can take control of each moment and turn a football match into a ‘Choose Your Own Adventure’ story.

It’s not just footballers for whom concentration is key. All athletes work hard to develop the ability to block everything else out and focus on the ball in front of them. Many of them work with sports psychologists to make this possible. For the rest of us, the most affordable way to practice the art of focus and concentration is to switch off our screens and read a book until all the beeps and alarms of the modern world fade away.

4. Know what makes your teammates tick

Any international coach will tell you that they choose their squads for summer tournaments based on personality as well as ability. Players who bring harmony and humour to their team will be among the first on the plane to World Cups and European Championships. Lauded and rich from a young age, some professional footballers can lack the ability “to climb into someone’s skin and walk around in it” as the hero of To Kill a Mockingbird Atticus Finch suggests we do. What Finch is describing is empathy, and there is no better way to enhance your ability to empathise with others (and to become a better teammate as a result) than seeing the world through different people’s eyes in books.

5. Believe in yourselves out there!

An undersold trait of professional footballers is incredible self-belief. To walk out in front of 60,000 people and perform to the best of your abilities requires a steel backbone and astonishing levels of confidence. Reading is proven to improve your confidence. When you read, you live the lives of many people. You rise and fall with heroes, then rise again. Discovering how different characters cope with different situations will make one’s highs and lows on the pitch easier to cope with.

Ready to pick up a book? Why not check out our football book lists for some reading inspiration, with brilliant picks for a range of ages and abilities. Here are a couple of our favourites to get you started... 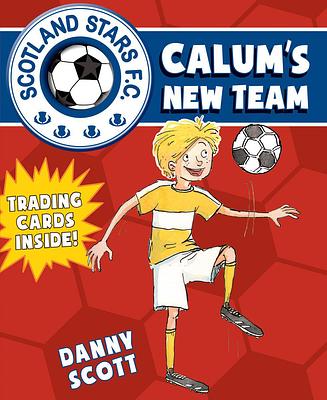 The first in the Scotland Stars F.C. series, Calum's New Team is packed with excitement on and off the pitch. With energetic illustrations by Alice A. Morentorn to complement the text, this is the perfect read for any football fan. Calum only has one problem in becoming a football star: no team. Join Calum as he settles into a new town and a new school. Will he impress the coach and make it onto the school team? 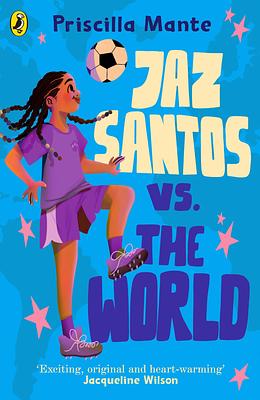 Priscilla Mante The Dream Team: Jaz Santos vs. the World

A story of friendship, family and girl power. Jaz loves football and wants to be a football star. That's why she set up the Bramrock Stars. It's an all-girls team, and one that is going to show the world that girls can be good at football. In fact, they can be football stars. The first in a new series about women's football, this is an exciting and fresh read from a new voice in children's fiction

Danny is the Digital Marketing Manager at Scottish Book Trust with a responsibility for our social media campaigns, analytics and newsletters. In his spare time he is the author of the Scotland Stars FC series from Discover Kelpies. You can follow him on Twitter at @ASimpleDan

Read all articles by Danny